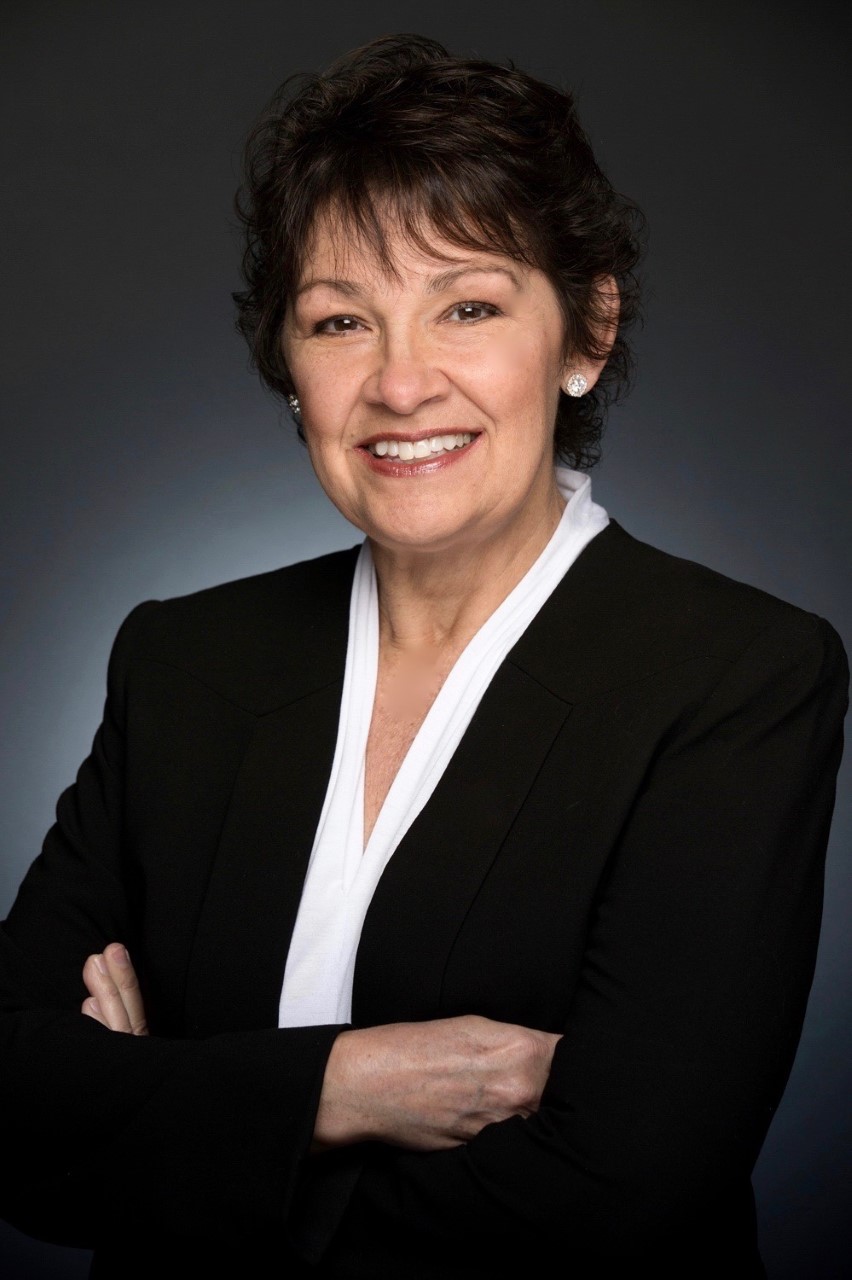 “Thank you for your confidence and faith in me. I am back in the Arizona Senate fighting for you!“

TUCSON, Ariz. (KOLD News 13) – Even while the GOP-led ballot counting of Maricopa County’s 2020 presidential election ballots is on hiatus, the dueling continues.

Arizona Secretary of State Katie Hobbs said during a press briefing today that “I am compelled once again that what we’re seeing happen is not an audit, it’s a fundraising stunt.”

Hobbs responded to a meeting called by AZ Senate President Karen Fann Tuesday to receive an update on the process.

The meeting was uneventful excepts for Fann’s statement that she’s been receiving phone calls from Senate presidents and others around the country asking about the process and expressing concern their state’s face the same issue.

“There’s an allusion to the fact they might expand the scope of audits to other counties or expand it to other races on the ballot,” Hobbs said.

Pima County elections director Brad Nelson said he has not heard anything official about plans to move it to Pima County but it has been a topic of conversation.

Fann has been defending the scope of the audit and her reasons behind it.

“Our job is to make sure voters and constituents understand the process and have full confidence in our election integrity,” Senator Fann said.

Hobbs also said it was a concern to her that several lawmakers were not allowed to attend the meeting and were asked to leave and reflects her frustration with the process.

“I’m concerned that members, duly elected members of the Senate were not allowed to be in the hearing,” she said. “Or whatever it was we saw yesterday.”

One of those asked to leave is District 9 State Senator Victoria Steele.

“I think it indicates a lack of transparency,” Steele said. “That has been pretty much the status quo the entire time this has been going on.”

Steele does not believe the vote-counting is to establish or protect election integrity.

“I think there are those out there who just want to cast doubt and chaos on our elections,” she said. “And they are encouraging this made-up claim of fraud.”

Even though the counting has stopped for the time being because the space they rented, the Phoenix Memorial Coliseum, is being used for graduation ceremonies, organizers say they will return next week.

They also said the process should be complete by the end of June.

Tucson Opinion: The pandemic was tough on women, but there are resources to help

The following column is the opinion and analysis of the writer:

Nearly 3 million American women have suddenly vanished, and we have no idea if they’ll ever return. We of course mean the women who have been forced to drop out of the labor force over the past year in a COVID-related exodus that will have an impact lasting generations.

The Pew Research Center reports nearly 2.5 million more women than men lost their jobs from February to May last year. As school buildings closed, women have had to leave jobs to care for children.

Female business owners have had to close their doors, not knowing if they’ll ever reopen. Black, Latina and other women of color, already far behind their white male and female counterparts, have been pushed even further into poverty. Over a year into the pandemic there is no doubt that women are bearing the brunt of this ongoing social and economic catastrophe.

Arizona is not immune from this crisis. According to the Arizona Coalition to End Sexual and Domestic Violence, more than 1 million Arizonans will experience domestic violence in their lifetime. For those Arizonans, staying home during a pandemic can be deadly.

Ed Mercurio-Sakwa, CEO of Emerge Center Against Domestic Abuse in Tucson has said that Emerge experienced a declining number of calls during the height of the pandemic, and they’re only just beginning to return to normal levels. That’s because victims who called the hotline said that isolating with their abusers made reaching out for help more challenging and dangerous.

While these numbers are alarming, there are solutions to help Arizona women and children, if Arizona’s leaders and governor are brave and compassionate enough to take them on. Arizona state and local governments will receive an estimated $7.48 billion that could be spent any time before the end of 2024, thanks to the American Rescue Plan, passed by Democrats and signed by President Biden.

That’s money for our communities, schools, workers, families and so much more to build back better and stronger after the pandemic. On top of that critical funding, Arizona also has a $351 million budget surplus that should be used to help Arizonans. It is imperative that these critical funds reach the people who need it most.

To do that, we need to fund critical social safety net programs in Arizona that Democrats and Arizonans have long supported. Those programs include expanding access to childcare subsidies and food programs, paid family leave, kinship care stipends for people who take in their family members children, increasing unemployment insurance benefits for Arizonans who’ve been pushed out of work due the pandemic, small business grants to local businesses that’ve been forced to close or lay off workers, and rent and mortgage relief for renters and homeowners.

This is only a handful of programs that will make Arizona stronger. Our government’s response has failed to meet this historic challenge and exposed severe flaws in our social safety net. The pandemic has further exposed gender and race-based health disparities in Arizona, and we must work to identify and address these issues. We have the ideas and resources to make a difference. We only need the political will.

Victoria Steele is a Democratic member of the Arizona Senate representing District 9. 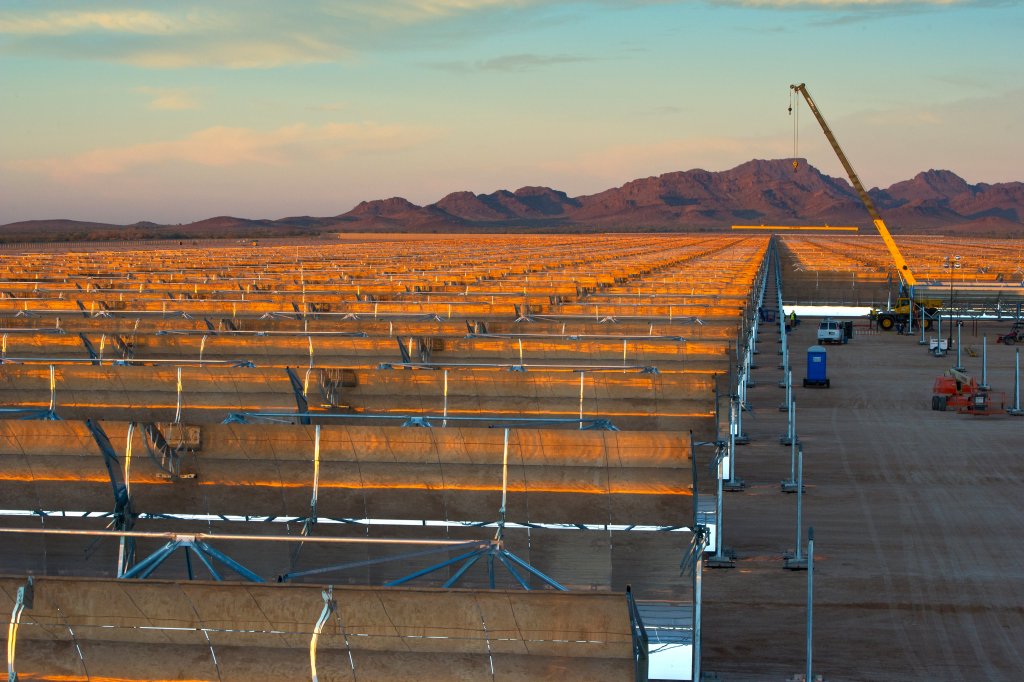 The ongoing energy and human disaster following the recent historic freeze in Texas has created an immense nationwide awareness of the importance of safe and effective energy policies.

Here in Arizona, we face critical decisions on our energy future regarding the wellbeing of our citizens and our economic viability. That’s why I stand in strong opposition to legislation that would strip the Arizona Corporation Commission (ACC) of its ability to set renewable energy standards. In a nutshell, Senate Bill 1175 is an unconstitutional power grab by the Republican-controlled legislature in order to derail the commission’s new, modernized clean energy rules.

This bill targets and threatens the bipartisan clean energy rules now being considered — rules that will save ratepayers money, clean up our air and boost our economy. The ACC’s clean energy rules allow us to benefit from the least expensive sources of electricity as renewables and energy efficiency save ratepayers money, because there are no fuel costs with renewables as there are with fossil fuel sources.

The ACC is an independent elected body, constitutionally charged with setting energy policy and regulating utilities. The Arizona Legislature is not in charge of the Corporation Commission and lacks the legal standing to pass this bill, a position the Arizona Supreme Court recently made clear when it ruled in Johnson Utilities v. Arizona Corporation Commission that “the legislature may only enlarge, not lessen, the Commission’s authority.”

These rules, which are the target of much of this legislation, were not railroaded through the ACC, but instead have gone through a thorough bipartisan and public review process. They were developed over a period of two years, with extensive stakeholder engagement and vetting from citizens, as well as those from the financial, environmental and technology industries.

When it comes to making critical decisions on Arizona’s energy portfolio, regulation and ratemaking, we must have those experts making the decisions. In the legislature, we are expected to know a little about a lot of topics as we aim to debate a record number of bills in less than 100 days. Meanwhile, the Corporation Commission is laser-focused 365 days a year on these vital energy issues.

Further, these new clean energy standards are good for Arizona’s economy. Businesses are demanding more affordable sources of energy and cleaner air, which is not only good for the environment but for their bottom line. Companies like Google, the Greater Phoenix Chamber of Commerce, Tesla and the Arizona Technology Council, which represents more than 800 tech sector businesses and more, support the ACC’s clean energy rules and oppose SB1175 because it would create an uncertain business environment for clean energy investments. The new energy standard will put Arizona on track to establish itself as a leader in clean, renewable energy and energy efficiency. Arizona’s clean energy industry already is a major driver of economic growth, creating good-paying jobs that can’t be easily outsourced.

The advanced energy sector already employs 69,000 Arizonans — twice as many as the state’s agriculture and mining industries combined. We need more jobs like that. Instead, Republicans are forcing through this bill that risks tens of thousands of jobs in our state by creating economic uncertainty in clean energy investments.

The bottom line is that clean energy is the future. This bill stifles that future, allowing other states to race ahead of us in attracting successful sustainable businesses and jobs and creating a healthier, cleaner environment. As Lee Iacocca said, “Lead, follow, or get out of the way.”